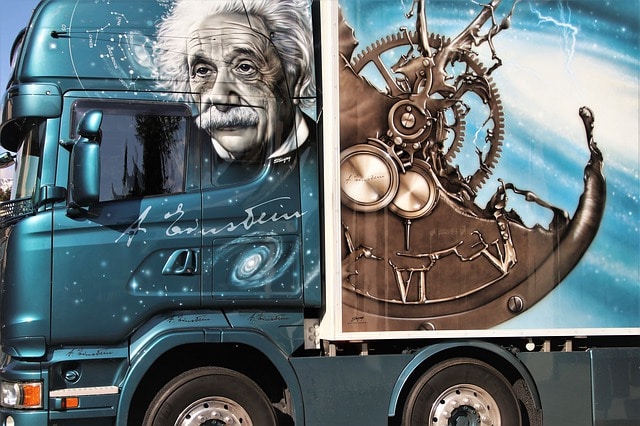 Einstein is the owner of many patents and inventions. His Mother was worried about his rather unusual shape of head. The worry became more when it took Einstein a long time to start talking. Albert Einstein grew up to become a famous scientist, a fine gentleman and what you might have not known, a patent owner. Albert Einstein was selected by Times magazine as the person of the 20th century. Arguably, the 20th century was the age of science and Einstein’s contributions was peerless and unimpeachable. But Einstein was not just a scientist, he was a great inventor. He patented a wide variety of inventions with his partners.

Einstein grew up in an environment of machines and instruments. His father was a manufacturer. His father’s company obtained a contract to illuminate Munich city during beer festival, he was actively engaged in implementation of the contract. He was aware that his father’s factory run into trouble due to introduction of new technology or new invention. Thus, Einstein was no alien to inventions and patents. He clearly understood the connection between invention, technology and patent. Moreover, he worked in a patent office, his experience in the patent office, where he evaluated hundreds of patent applications made him an expert in nuances of machines and instruments. So, it is not unusual for him to have had interest in patents and inventions.

However, it must also be emphasized that his main occupation was theoretical physics.

When he was in ETH (Eidgenössische Technische Hochschule Zürich), Einstein was genuinely interested in experimental works. He once wrote to his friend, “most of the time I worked in the physical laboratory, fascinated by the direct contact with observation.” Einstein’s Uncle Jacob was enterprising and obtained several patents on electrical instruments. The inventions Einstein worked upon were his diversions. In his unproductive times he used to work upon on solving mathematical problems (not related to his ongoing theoretical investigations) or took upon some practical problem.  As shown in the table below, Einstein was involved in three major inventions;

Albert Einstein’s patents with his collaborators

Einstein’s Design of a Blouse

Is it amusing for you to learn that Einstein was interested in cloth design? Records show that in 1936, Einstein was granted a US patent for a design of a blouse. He applied for the patent on July 2, 1936 and it was granted on October 27, 1936. The design submitted for the patent is shown in figure below.  The design was characterized by the side openings which also serve as arm holes; a central back panel extends from the yoke to the waistband as indicated in the figure.

Einstein’s design of a blouse.

Einstein, with his long‐time friend Gustav Peter Bucky invented a self‐adjusting camera few years before Kodak introduced Super Six‐20, the generally known as the first automatic camera. It may be mentioned here that Kodak’s camera operated on a principle different than that of Einstein‐Bucky’s camera. Incidentally, this is the only invention where Einstein used a physical phenomenon; the photoelectric effect, which he had investigated theoretically.

From 1926 until 1933 Einstein and Szilárd collaborated on ways to improve home refrigeration technology. Basic principle of refrigeration is simple. You pass colder liquid (called refrigerant) around the object to be cooled. The liquid will take away the heat from the object and cool it. For efficient refrigeration commercial refrigerators generally compresses a refrigerant gas (e.g. Freon etc.) to liquefy it. The process heats up the refrigerant. It is then released into a large chamber, where sudden pressure drop evaporate the refrigerant and its temperature drops. The cool refrigerant then exchanges heat with the target chamber. In Einstein’s time, sulphur dioxide, methyl chloride, ammonia are generally used as refrigerant and they were toxic. Accidents due to leak of refrigerant was not uncommon. In 1926 a newspaper reported that all members of a Berlin family, including children, died while sleeping as their refrigerator leaked toxic fume. Einstein was deeply affected by the tragedy, and together with Szilard set out to design a safe refrigerator without any moving part by eliminating the mechanical compressor and toxic gases. They built an absorption refrigerator. In absorption refrigerator, a heat source –in that time, a natural gas flame–is used to provide the energy needed to drive the cooling process. In 1922 Swiss scientists, Baltzar von Platen and Carl Munters invented the technology, and Szilard found a way to improve on their design.

Butane, the refrigerant, in liquid form, is contained within evaporator (1) and an inert gas, ammonia, is introduced into the evaporator through a conduit. Ammonia lowers the partial pressure of the refrigerant and butane boils taking the energy from the surroundings and lower the temperature. The gaseous mixture of ammonia and butane passes through a conduit into the condenser (6). Through a conduit water is introduced into the condenser. Ammonia is dissolved in water, but butane is not. However, pressure and temperature in the condenser is sufficient to liquefy butane and as the specific gravity of liquid butane is less than that of the ammonia solution, it floats upon the ammonia solution. The liquid butane is then returned to the evaporator (1) through the conduit (11). There, it is again evaporated and the cycle repeated. The ammonia solution flows by gravity from condenser (6) through a conduit and heat exchanger jacket to within generator (29). Here the application of heat causes the ammonia to be expelled as a gas from the solution and this ammonia gas passes through a conduit to the evaporator. As before, it reduces the partial pressure of the butane causing its evaporation. The water is again passed to the condenser.