Progeria: the disease that causes children to look old 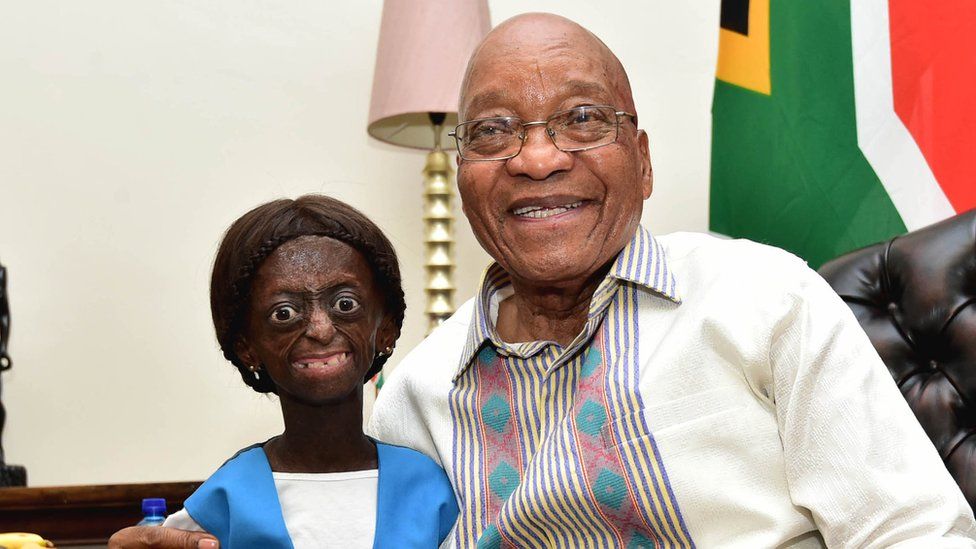 Peloza (real name withheld) was 5 years old when she started losing her hair (baldness). Also, noticeable too was that, she looked much older than her age. Her mother narrated that the small girl would always be beaten and blamed for the struggles and misfortunes of her family. Her mother, frustrated and unable bear what Peloza was going through, took her away. Later, the girl was diagnosed with progeria through no fault of her own.

Cultural beliefs and superstitions are still strongly adhered to in many parts of the world. The human mind has a predilection for connecting events and patterns. Peloza was not very lucky—she was blamed for the hardships and misfortunes of her family but her condition, progeria was purely genetic. Many similar cases are dotted across the world. In many cases, poverty is the major factor behind these incorrect attributions.

Progeria is a progressive genetic disorder characterized by accelerated ageing in children. It is also known as Hutchins-Gilford syndrome.

Signs and Symptoms of Progeria

Some of the early symptoms of progeria include slow growth, small face. hair loss and pinched nose begin as early as one or two years old. Other signs and symptoms include wrinkled and tightened skin, musculoskeletal degeneration, stiff joints, prominent eyes, poor eyesight, kidney problems, etc.

Progeria is one of the most severe forms of a group of degenerative disorders caused by a mutation in the LMNA gene. This de novo mutation weakens the integrity of the cell nucleus. Also, this mutation causes improper processing of the gene that encodes Lamin A. Consequently, this aberration leads to distorted nuclear morphology, disorganized heterochromatin, improper DNA repair mechanisms and heightened genomic instability.

The LMNA gene provides instruction for making several slightly different proteins called lamins. The two major proteins produced from this gene, lamin A and lamin C, are made in most of the body’s cells. Both mice and humans with progeria show many signs of ageing, including DNA damage, cardiac dysfunction and dramatically shortened life span.

Progeria shifts the production of lamin A to progerin. Progerin is a shortened, toxic form of lamin A that accumulates with age and is exacerbated in those with progeria.

Progeria cannot be transmitted from parent to offspring. It is genetic but not a heritable disease.

Currently, there is no known cure for the disease. Treatments are often geared towards preventing the accumulation of defective proteins such as progerin A or minimizing accompanying complication. Lonafarnib is approved by the US FDA to help mitigate defective protein build up. Early disruption of Progerin and lamin A through gene therapy mitigates the accumulating cytotoxic tendencies of Progerin and lamin A thereby increasing longevity. Only few people with progeria are recorded to have exceeded 13 years. The oldest person to live with the disorder dies at the age of 29.

Peloza was lucky to be diagnosed and featured in her press. The fate of many sufferers of progeria are not known. In many parts of the world, these children are victims of dark ritual executions.

Share this with your community to sensitise people about the condition and save the lives of children.