Intelligence- A Barrier to Communication 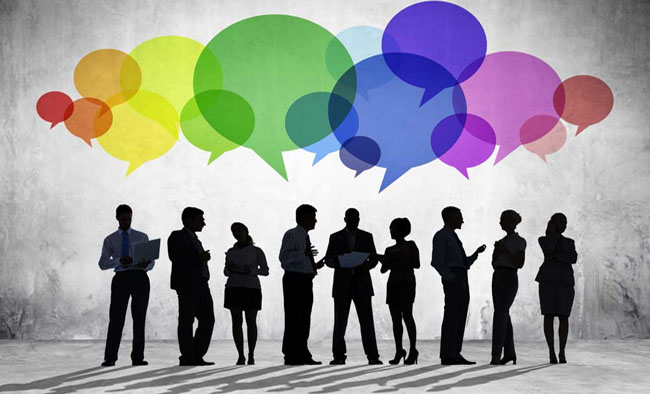 According to Britannica, “Human intelligence is a mental quality that consists of the abilities to learn from experience, adapt to new situations, understand and handle abstract concepts, and use knowledge to manipulate one’s environment”. Just as many natural and biological systems, human intelligence obeys the Gaussian curve. The extremely less intelligent to the extremely intelligent constitutes it.

Intelligence and the 30 point communication range

The percentage of the population you will be able to effectively communicate with is detailed below. The average global IQ is 100. Two people whose IQ points are wider than 20 or 30 points will likely have communication problems. All sound human interactions happens within the 30-point communication range: all friendships, companionship, employment, hobbies, human relations, marriages etc. Consequently, when the intelligence difference between two people exceeds 30 points the communication breaks up. The lower IQ person would not be able to fully understand the more intelligent person. They would therefore perceive the higher IQ person as complex, unfathomable and in bitter cases, a weirdo. The higher IQ person would not understand why someone would not understand their viewpoint. They see their standpoint as logical. And would likely likely perceive the lower IQ person as total dullard.

People with extremely high IQ (145+) are likely to be perceived weirdos or freaks by lower IQ but higher EQ people. They are excluded from almost all human interaction. They are likely to be extremely lonely. There is a positive correlation between high IQ with seclusion and suicide. Highly intelligent (High IQ) people may experience depression, solitude and are likely to exhibit misanthropy.

Importance of various forms of intelligence

99Science emphasize on the importance of diversity in the prosperity of the human civilization. A society with varied intelligence types pushes our race forward. Diversity is an important factor in biology and ecology.

Humans are unique because our empathy is unmatched, our love is unconditional, our hearts are frail and our sense of family is peerless. This wouldn’t be possible without our EQ. Human are the most advanced species technologically, infrastructurally and scientifically. This is due to high intelligence quotient.

It is important our civilization note various forms of intelligence and learn how to communicate effectively. Intelligence should not be a barrier to communication. It is important we do not exploit the emotional, empathetic and caring person for trusting us. The young Einstien should not be bullied because she/he is different. Through synergy and synthesis, we can propel our civilization into the quantum age.