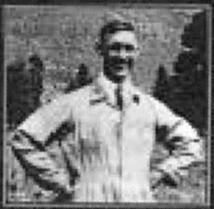 When he checked into a hospital facility at UC San Francisco in 1945 with an ulcer, he was misdiagnosed. Doctors thought he was suffering from a terminal cancer that would end his life shortly.

As a consequence of this faulty assumption that his death was probable, prompt, and looming, officials secretly and nonconsensually chose him as a  guinea pig for a secret experiment that sought to study the reaction of human body to Plutonium. Albert was administered multiple doses of Plutonium without his knowledge and consent. The experiment was dubbe the Manhattan Project.

The researchers were dumfounded that Albert did not die as early as they had predicted. Sadly,  they continued to use him for the experiment.

The annual doses of radiation he recieved was about 300 rem per year. Currently, the accepted industrial threshold is pegged at 5 rems. No worker must be exposed to readiation above 5rems.

Albert passed on at the age 79. He had about 6400rems of radiation in his body.

The responds by Albert’s body to such a significant level of radiation is a physiological miracle. His misdiagnosed and nonconsensual experimentation remind us of some of the dark days  of research bioethics.