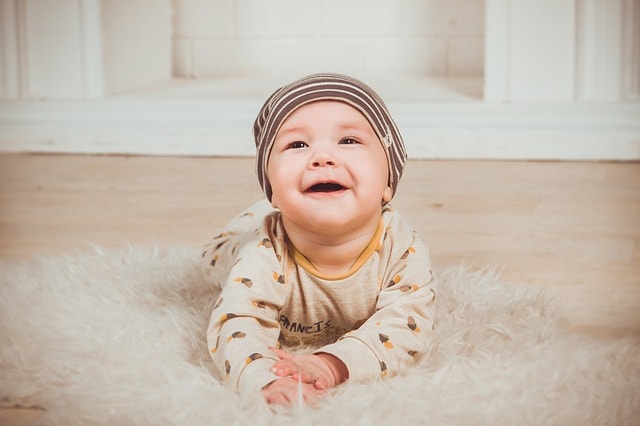 Swedish Researchers from Lund University have found that 6-month old babies are happy when imitated. This finding can help parents and care workers to easily bond with babies. The expressions and actions of the babies were imitated by a researcher who met the study subjects at their homes and engaged them in different forms of play. A neutral face was maintained whiles imitating various expressions and body gestures. Parents are usually quick to respond to their babies with a follow up action when they need something.

Gabriela-Alina Sauciuc, lead author of the study noted that “Imitating young infants seems to be an effective way to catch their interest and bond with them. The mothers were quite surprised to see their infants joyfully engaging in imitation games with a stranger, but also impressed by the infants’ behaviors”. It is still unclear what profound effects imitation has on babies aside from the recorded smiles and happiness. “By showing that 6-month-old infants recognize when they are being imitated, and that imitation has a positive effect on interaction, we begin to fill up this gap. We still have to find out when exactly imitation begins to have such effects, and what role imitation recognition actually plays for babies,” says Sauciuc, a Researcher.

For now, you have learnt another way of making babies smile and happy. Hopefully, future studies will shed more light on this.