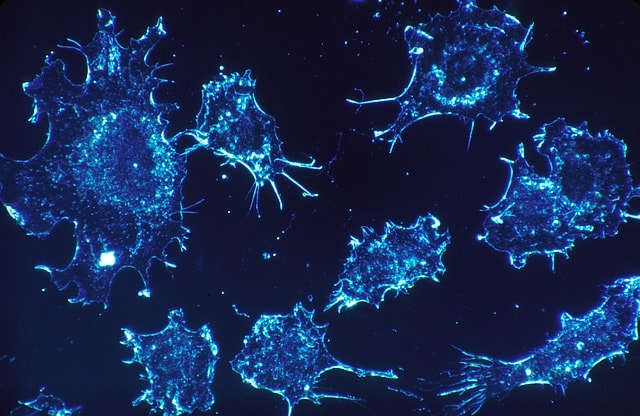 Cancer and nanobot studies have been ongoing on the potential of using nanobots as therapeutic agents. Researchers at the King Abdullah University of Science and Technology, Saudi plan to implant individual cells with tracker iron nanobots. This would monitor the movement of the cells. The nanorobots might even kill or shrink, carcinomas, adenomas and melanomas.

Doctors will be able to detect and monitor the nanorobots during MRI scans.  The Saudi researchers also added that the technology can potentially be employed to deliver anticancer drugs to target tissues or organs.

Aldo Martinez-Banderas, a graduate student, said in a press statement that: “Cell labeling and tracking has become an invaluable tool for scientific and clinical applications”. And “One of the key aspects of cell tracking studies is the sensitivity to detect a small number of cells after implantation, so the strong magnetization and biocompatibility of our nanowires are advantageous characteristics for MRI tracking.”

Nanobots are used to successfully identify ductal carcinoma (breast cancer) cells through MRI readings. This is according to the research published in the Journal of Nanobiotechnology. They have not used the nanobots to kill cells yet.

“These core-shell nanowires have various additional features, including the ability to control them magnetically to guide them to a particular location, to carry drugs, or be to heated with a laser”. Lead researcher Jürgen Kosel said in the statement. Furthermore, “Combining all of that with the capability of tracking creates a theranostic platform that can open the door for very promising new approaches in nanomedicine.”

Cancer and nanobot biotechnology has the potential of selectively killing only specified cells. It offers a high precision alternative in the fight against cancer.