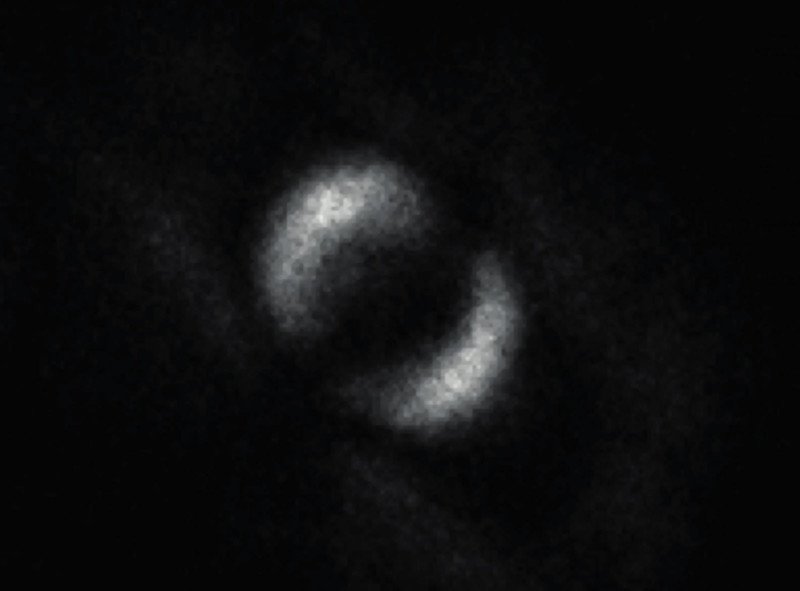 Scientists at the University of Glasgow have unveiled the first photograph ever captured of quantum entanglement, the physical phenomenon in which two or more “entangled” particles are connected via their quantum states, regardless of the distance of separation.

Physicists led by Paul-Antoine Moreau and Miles J. Padgett at the University of Glasglow published the image and a report of their findings in the journal Scientific Advances in a paper titled, “Imaging Bell-type nonlocal behavior.”

In creating this image, scientists pumped a beta barium borate (BBO) crystal with an ultraviolet laser, which produces quantum linked photons. This stream of entangled photons was then separated with a beam splitter, and the first photon was sent through objects that change the phase of photons passing through.

An ultra-sensitive camera was triggered to capture photos of both entangled “twin” photons, resulting in the image of quantum entanglement.

The scientists say that this pioneering photo opens the door to “a whole new class of quantum imaging demonstrations and techniques.”

Want to publish with us? Email your article to editor@99science.org